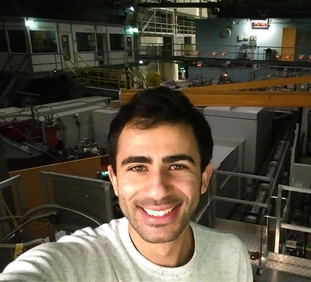 I graduated from Istanbul Technical University with a B.Sc. in Metallurgical and Materials Engineering. In September 2014, I moved to Germany and started the Metallurgical Engineering master’s program at RWTH Aachen University. While earning my master’s degree, I attempt to understand mechanisms behind various behaviors in high-Mn steels. In order to achieve that I performed (i) ex-situ and in-situ synchrotron-XRD experiments to characterize the microstructure, considering phase fractions, microstrain, crystallite size and dislocation density, (ii) ex-situ small angle neutron scattering experiments to investigate the evolution of Mn-C clusters. In March 2017, I earned my master's degree.

My project in SwedNess will be connected to a framework project based on the concept of designing hard metals with non­homogeneous structures, i.e. functional gradients, manufactured via powder metallurgy. In order to tailor non­homogenous composites consisting of multiple hard phases including cubic carbides and/or carbonitrides, it is necessary to control a number of structural parameters during sintering. Some of these structural parameters that will be considered within the project are phase fractions, carbide grain size, carbide grain shape, carbide nanostructure and residual stresses. Optimizing these structures relies heavily on, advanced bulk experimental characterization and computational modeling to understand and tailor the behavior of the material during processing. However, the only viable technique to probe the bulk of hard metals during processing at high temperatures (~1400 °C) and service is neutron scattering. Whilst small angle neutron scattering makes it possible to characterize the nanostructure, including nano-particle size, size distribution and volume fraction; neutron diffraction enables the measurement of residual stresses and phase fractions. Thus, neutron scattering will be exploited to study the microstructural evolution during processing of hard metals.