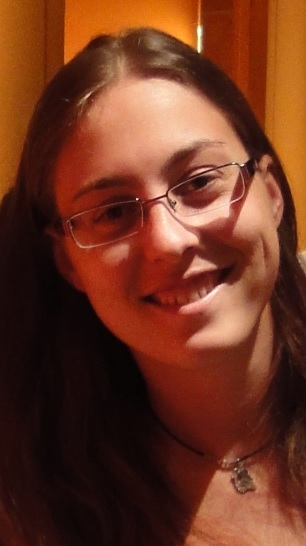 My name is Stefanie Siebeneichler and I started my academic carrier at Johannes Kepler University in Linz, Austria, where I studied Technical Physics (Bachelor) and Nanoscience and -Technology (Master). During my Master’s thesis I developed a process to fabricate monolithic microlenses from an as-grown wafer hosting optically active quantum dots (QDs) in order to enhance the extraction efficiency of these quantum emitters. Further, my microlenses were fabricated with gold back mirrors, something no other group could achieve until the time I finished my thesis. I also characterized my microlenses and performed 3D FEM simulations.

I did my PhD at the department of Materials and Environmental Chemistry at Stockholm University within the Swedish Graduate School for Neutron Scattering (SwedNess). My PhD project focuses on the study of complex magnetic behaviour, such as magnetic frustration and low-dimensional magnetism, in both transition metal phosphates and square-lattice intermetallic systems. Magnetic frustration is a phenomenon that arises from competing magnetic interactions. Low-dimensional magnetism results from magnetic interactions within less than three dimensions. The magnetic ions in transition metal phosphates frequently form geometrically frustrated lattices, such as triangular lattices. In combination with antiferromagnetic interactions, the geometric constrains of frustrated lattices may lead to geometric frustration. Frustrated magnets display degenerate magnetic ground states, such as non-collinear and incommensurate magnetic structures, spin-glass or spin-liquid behaviour, which do not occur in non-frustrated magnets. Intermetallic materials, which are often metallic in nature, can display very different physical properties with respect to oxides. Square-lattice intermetallics may exhibit interaction frustration due to competing antiferromagnetic and ferromagnetic interactions or competing interactions between distant neighbours.

During the course of my PhD studies, I discovered many systems exhibiting complex magnetic behaviour such as geometric frustration on the triangular lattice and interaction frustration on the square lattice, spin canting, spin-glass and spin-liquid behaviour as well as low-dimensional magnetism. Selected samples were investigated using powder neutron diffraction. We observed a number of collinear, non-collinear and incommensurate magnetic structures such as the 120°, the columnar antiferromagnetic (CAF) and the hedgehog spin-vortex-crystal (SVC) state, as well as canted, conical and helical arrangements of the magnetic moments.

The transition metal phosphates were synthesized using ionothermal reactions, a soft-chemical approached based on ionic liquids. Ionic liquids (ILs) are low-melting salts which typically contain organic cations. The task-specific ILs selected for my reactions, 1-alkylpyridinum hexafluorophosphates, are able to take the roles of the solvent, fluorine source, building blocks and templating agent within the reactions. This allowed us to synthesize materials with a wide variety of crystal structure topologies such as low-dimensional motives, dense frameworks and even open-frameworks.